On May 31st 1889, tragedy of the utmost magnitude struck the Pennsylvania town of Johnstown. After several days of intense, heavy rainfall, the privately-owned South Fork Dam on the Conemaugh River broke, releasing over 14 million cubic meters of water onto the town. At least 2,200 people died.

The death and destruction was a national crisis, and disaster relief from all over the United States came in to help the town and its victims. One big relief effort was led by Clara Barton and the American Red Cross.

The survivors of the flood tried their best to recover damages from the dam's owners (totaling over $463 million in today's dollar), whom they regarded as responsible for the dam's failure. But their legal pursuits didn't go far, much to the chagrin of a dismayed public. American disapproval of the lack of responsibility incurred by the owner of the faulty dam, despite mass death and tragedy, led to America changing its fault-based law to "strict liability", which basically ensured those who cause mass damage will be held responsible for the damage they cause.

Below is a collection of the well-photographed, by 1880s standards, aftermath of the catastrophic and tragic flood. Thank you to the Library of Congress for this extensive collection. 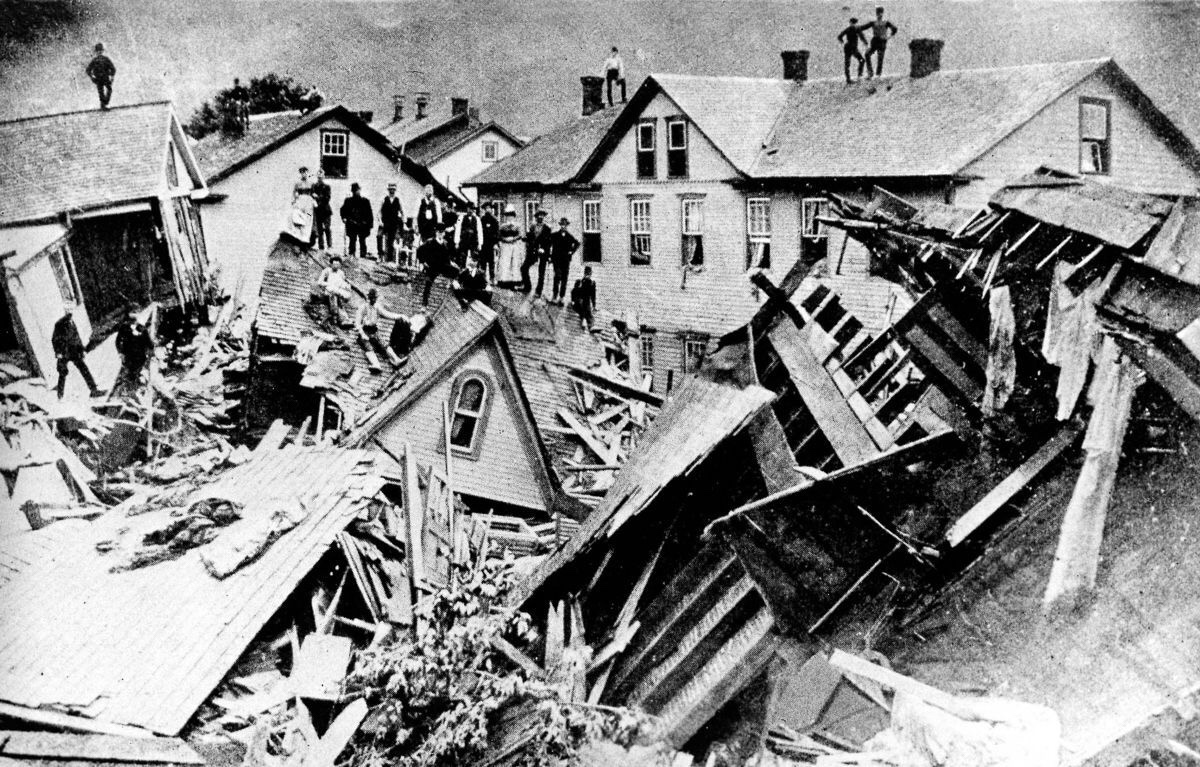 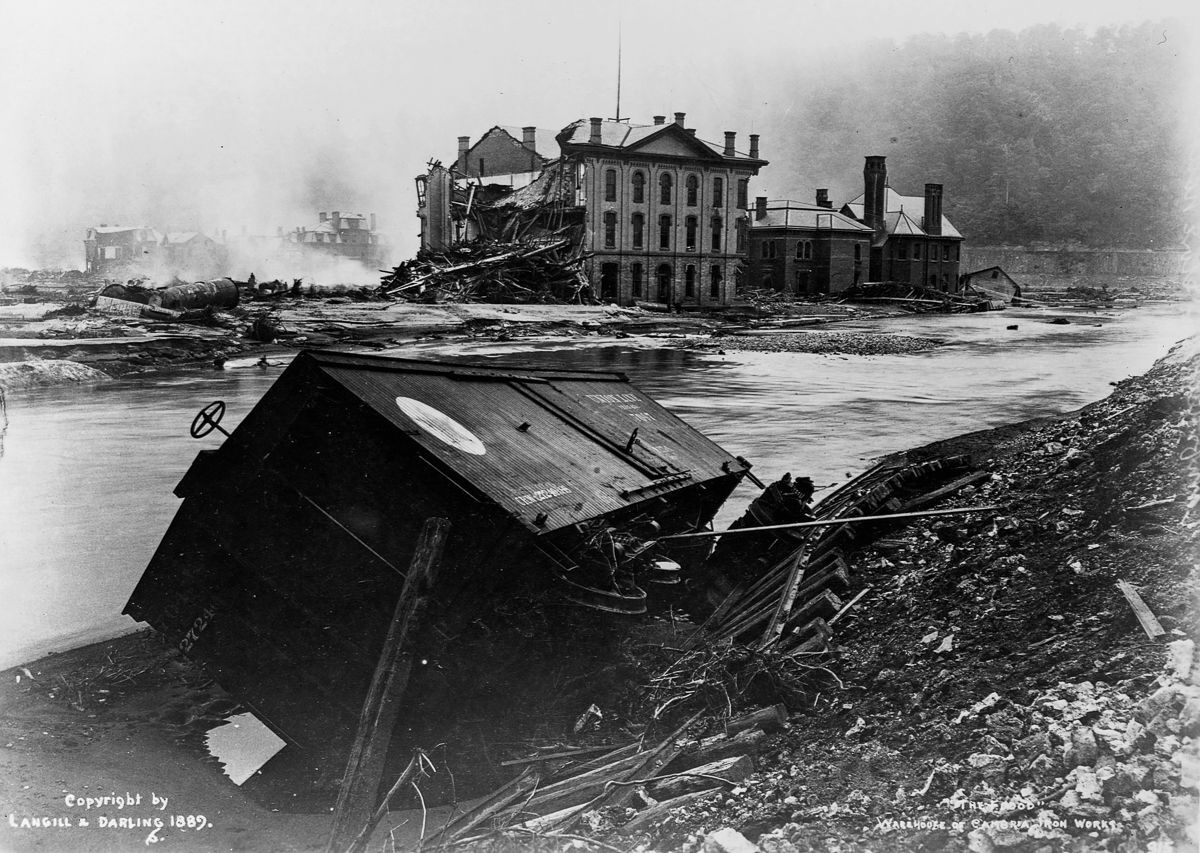 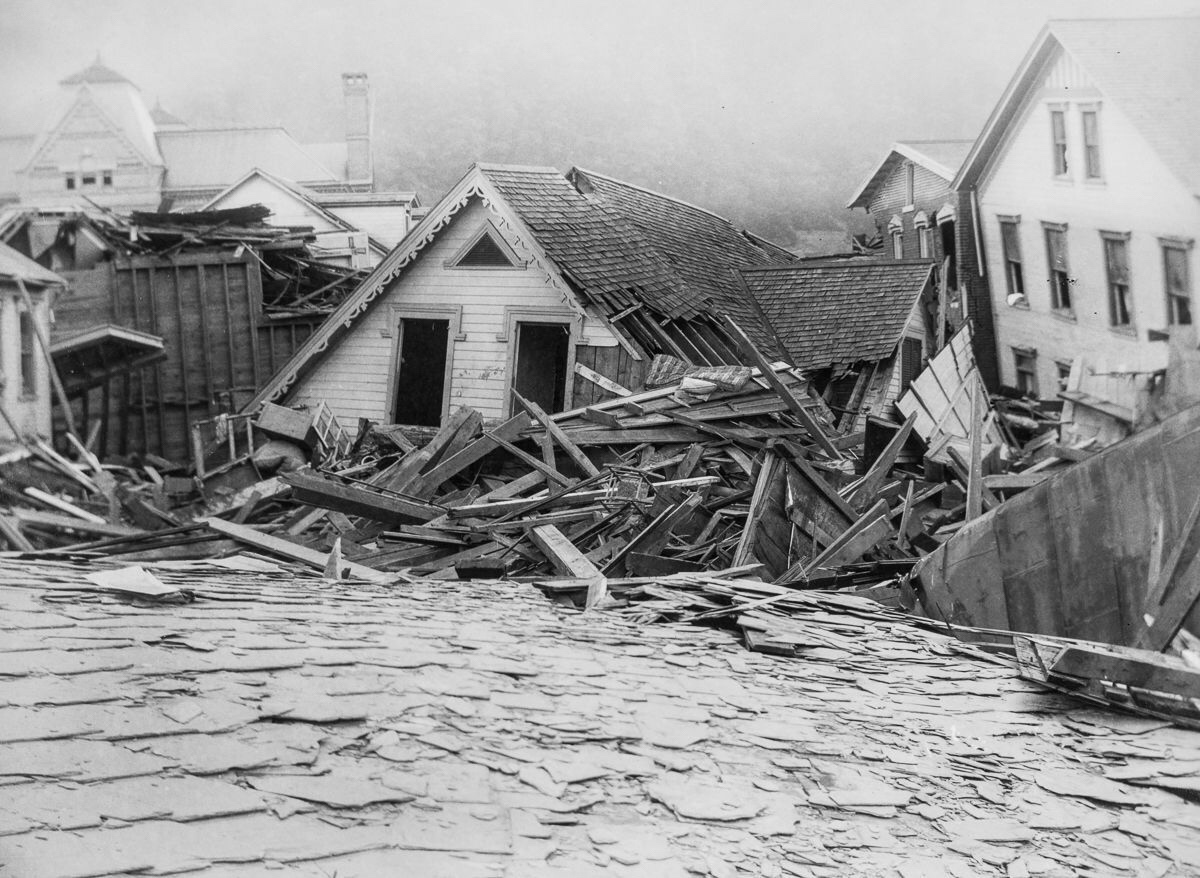 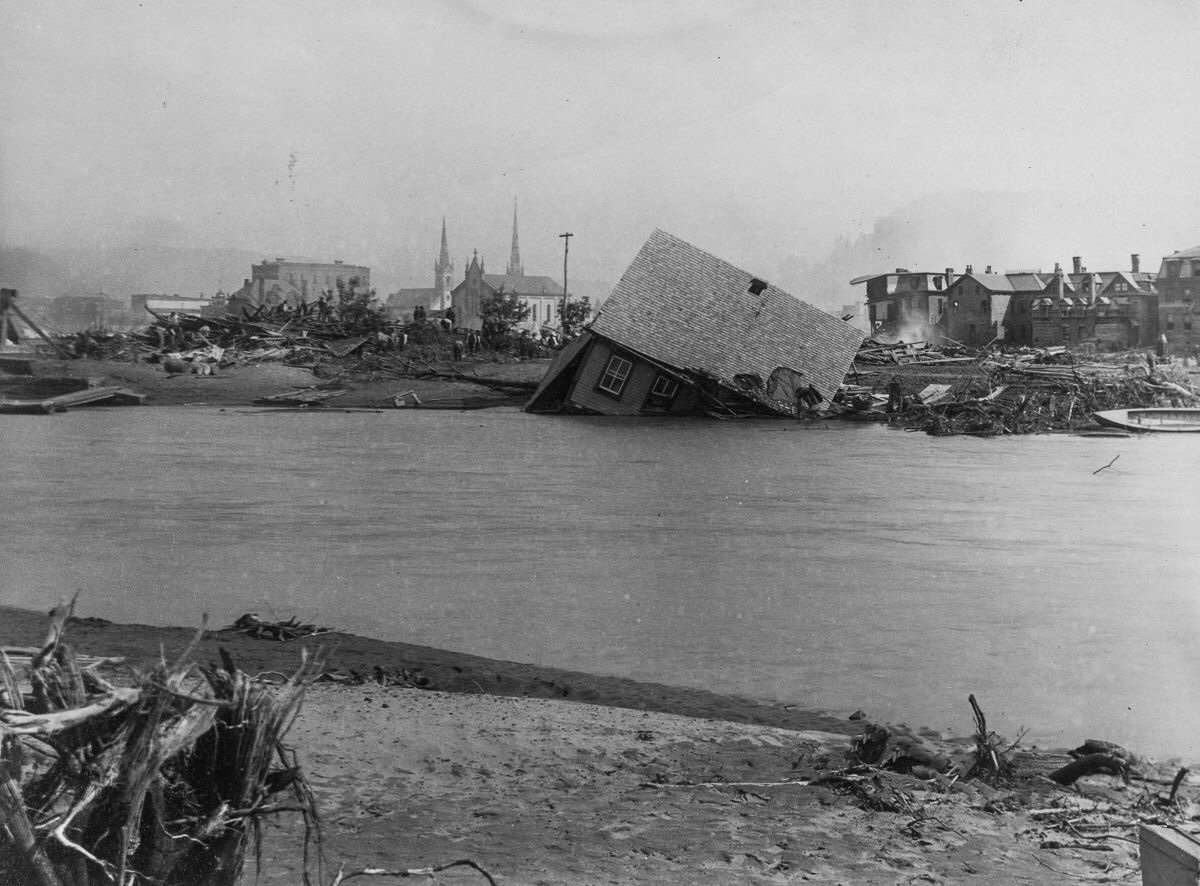 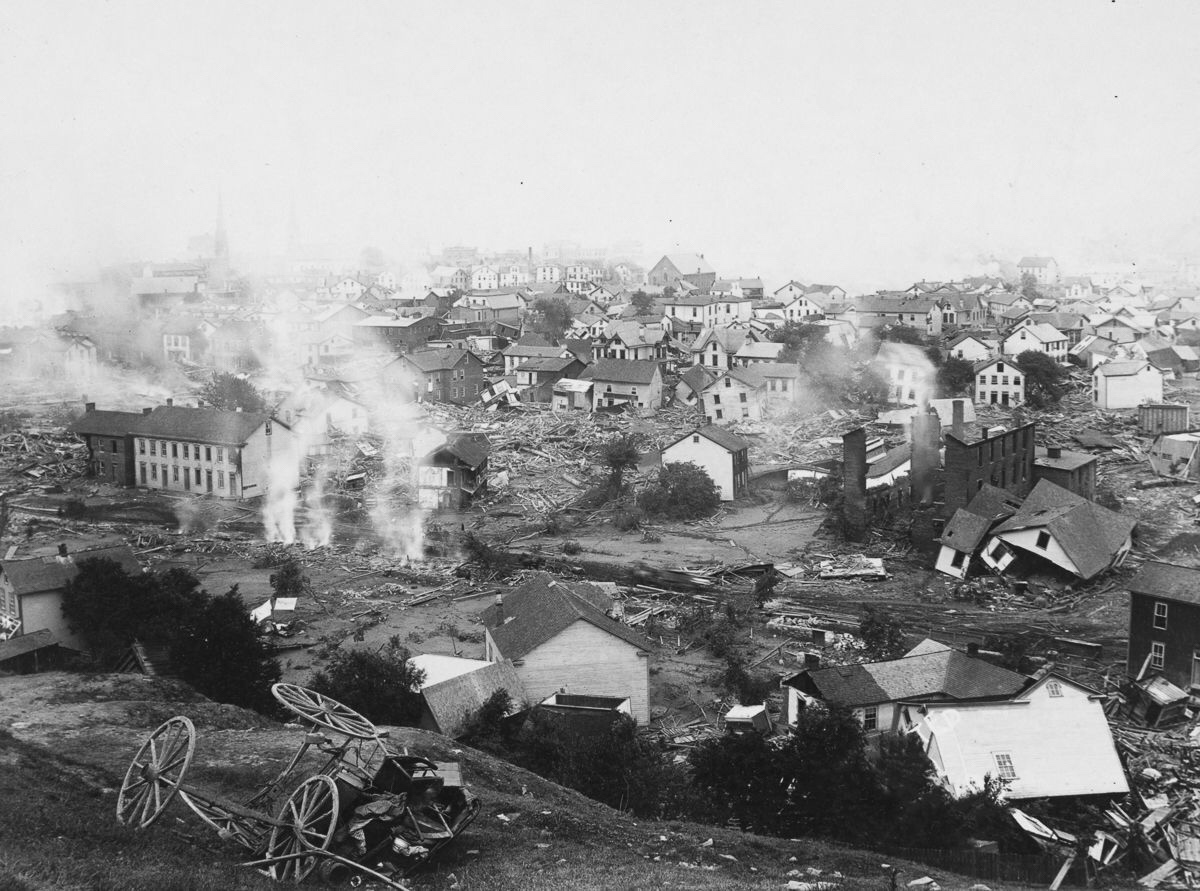 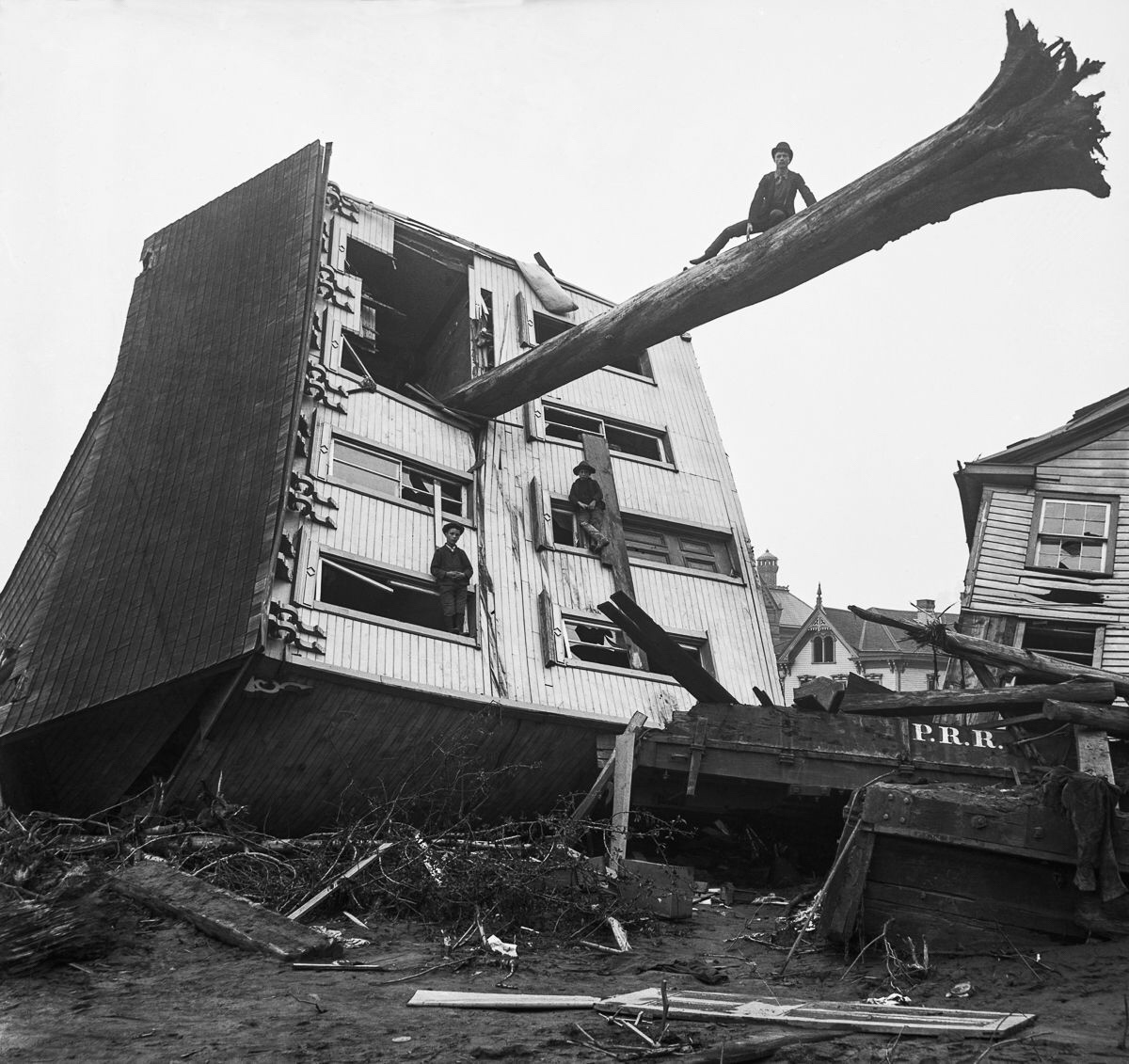 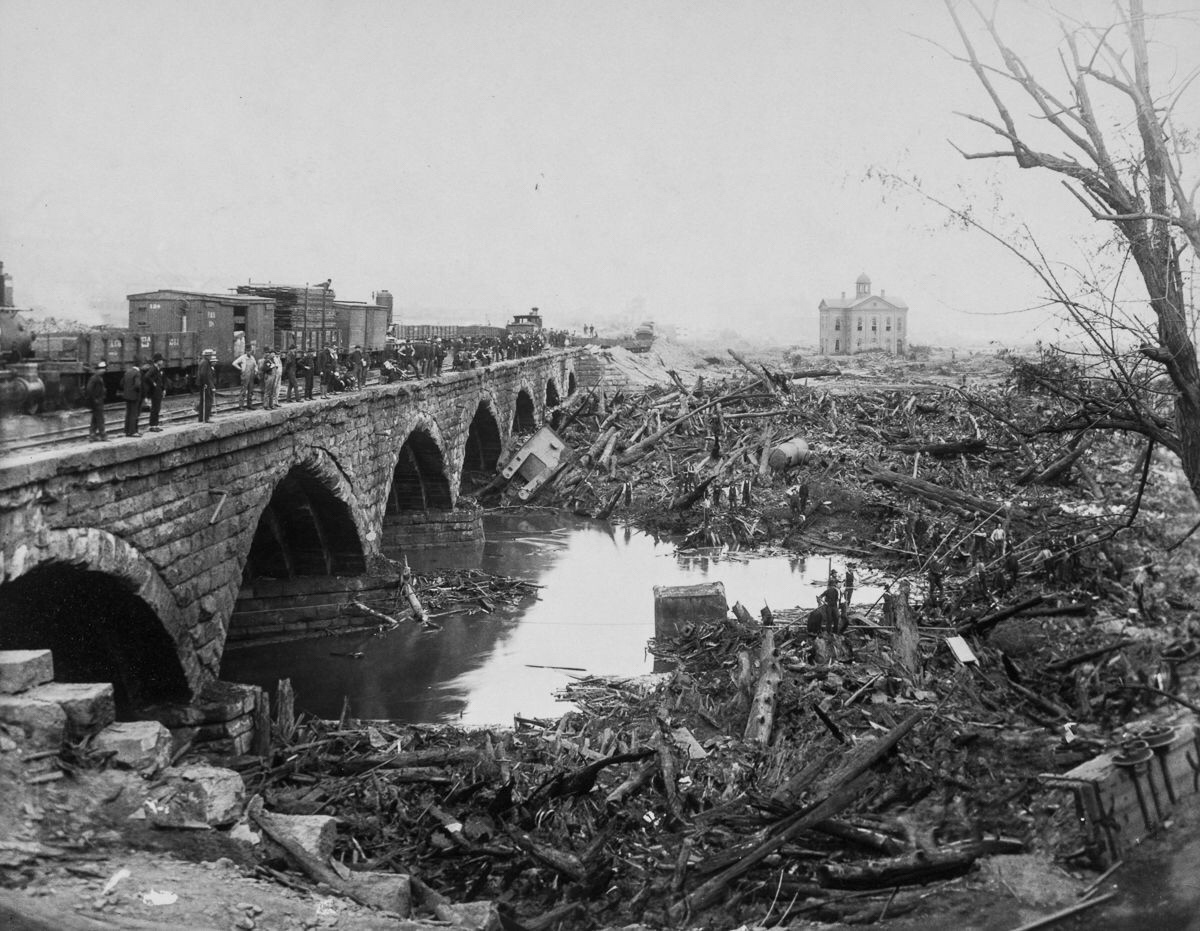 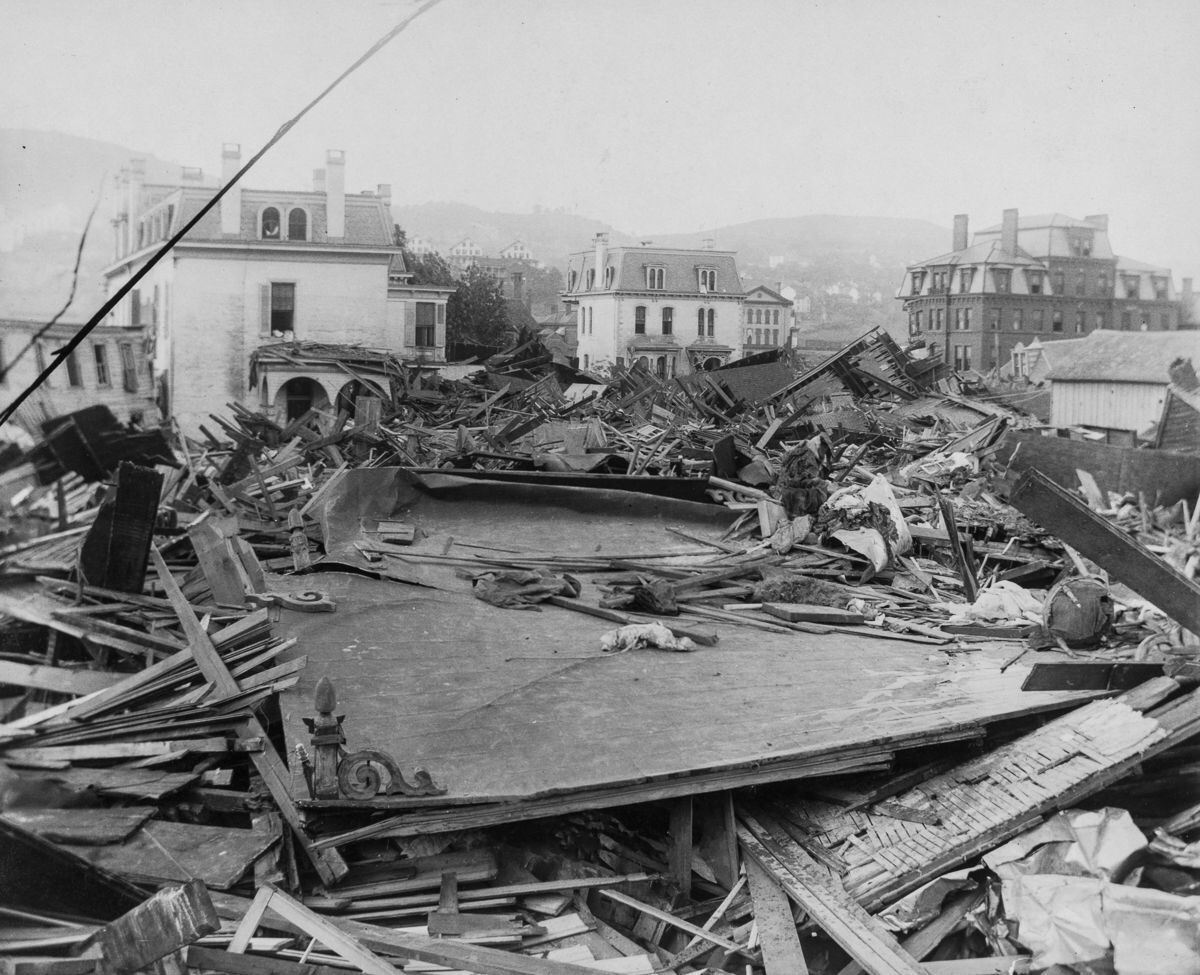 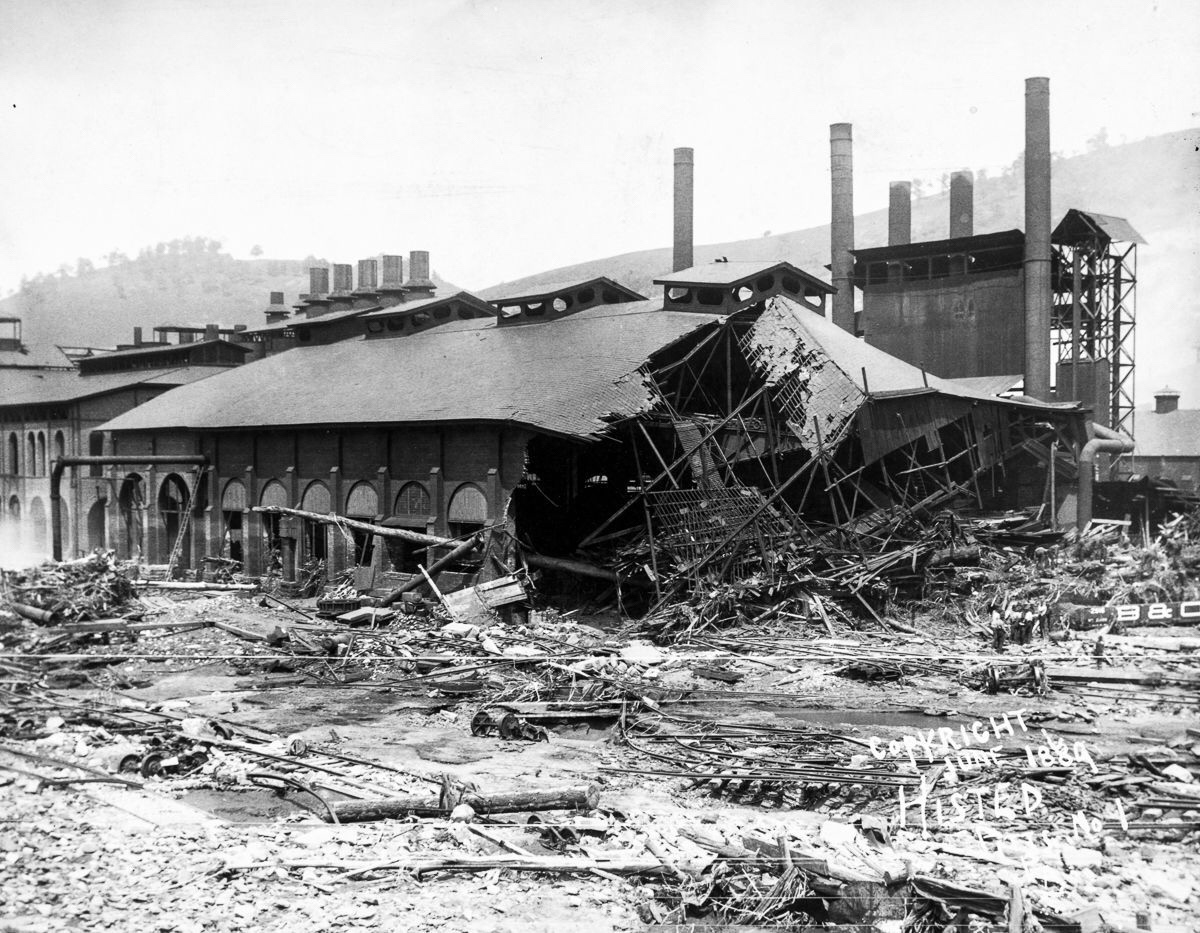 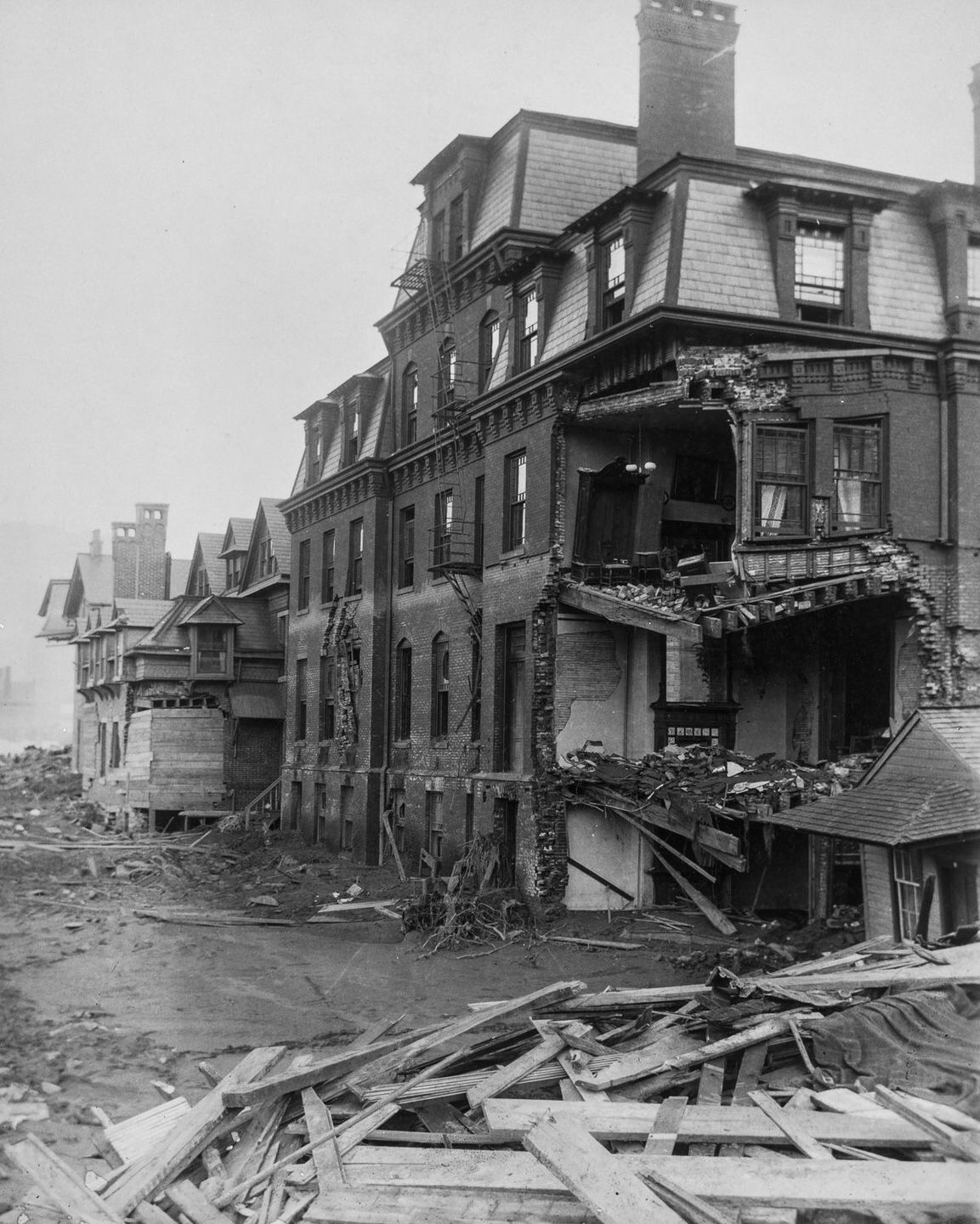 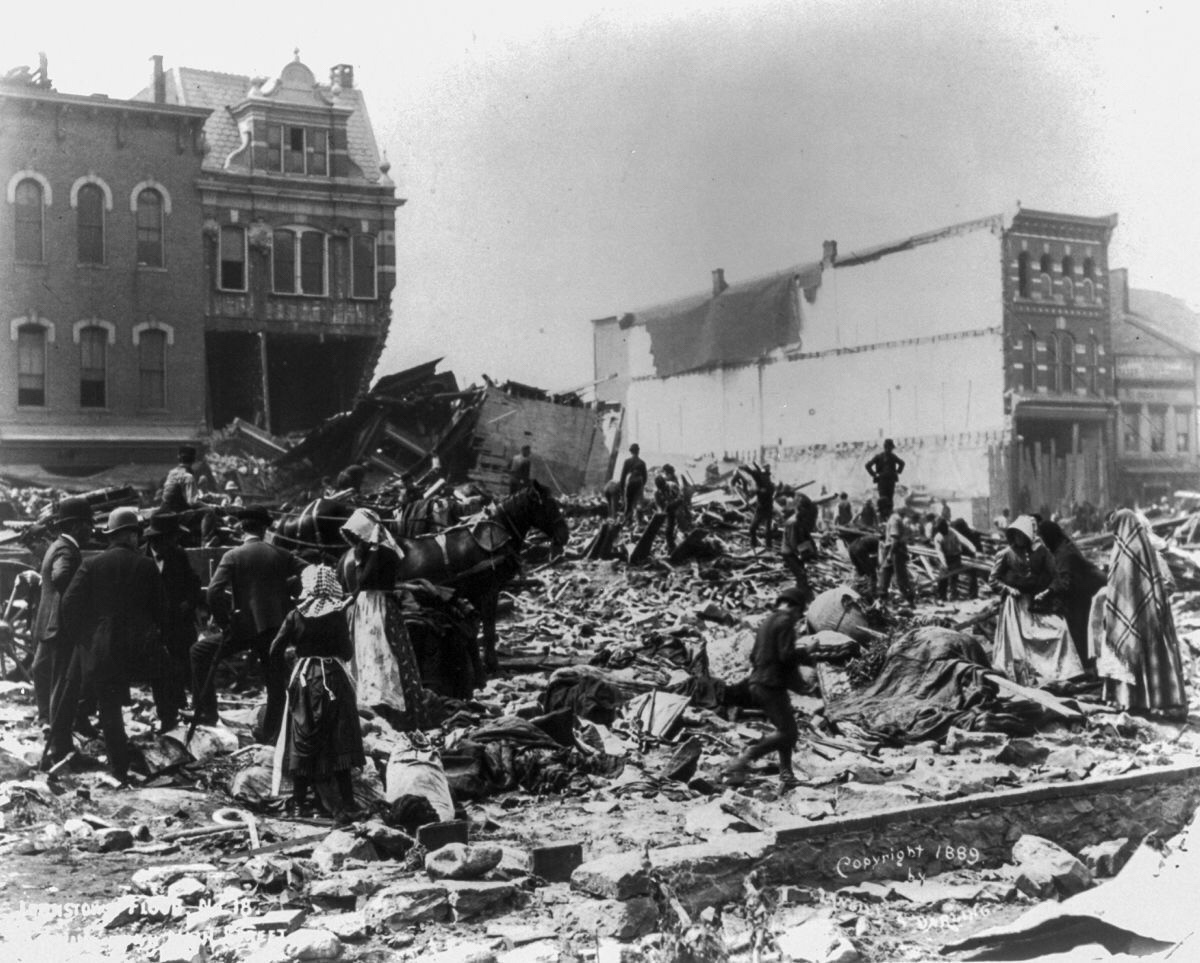 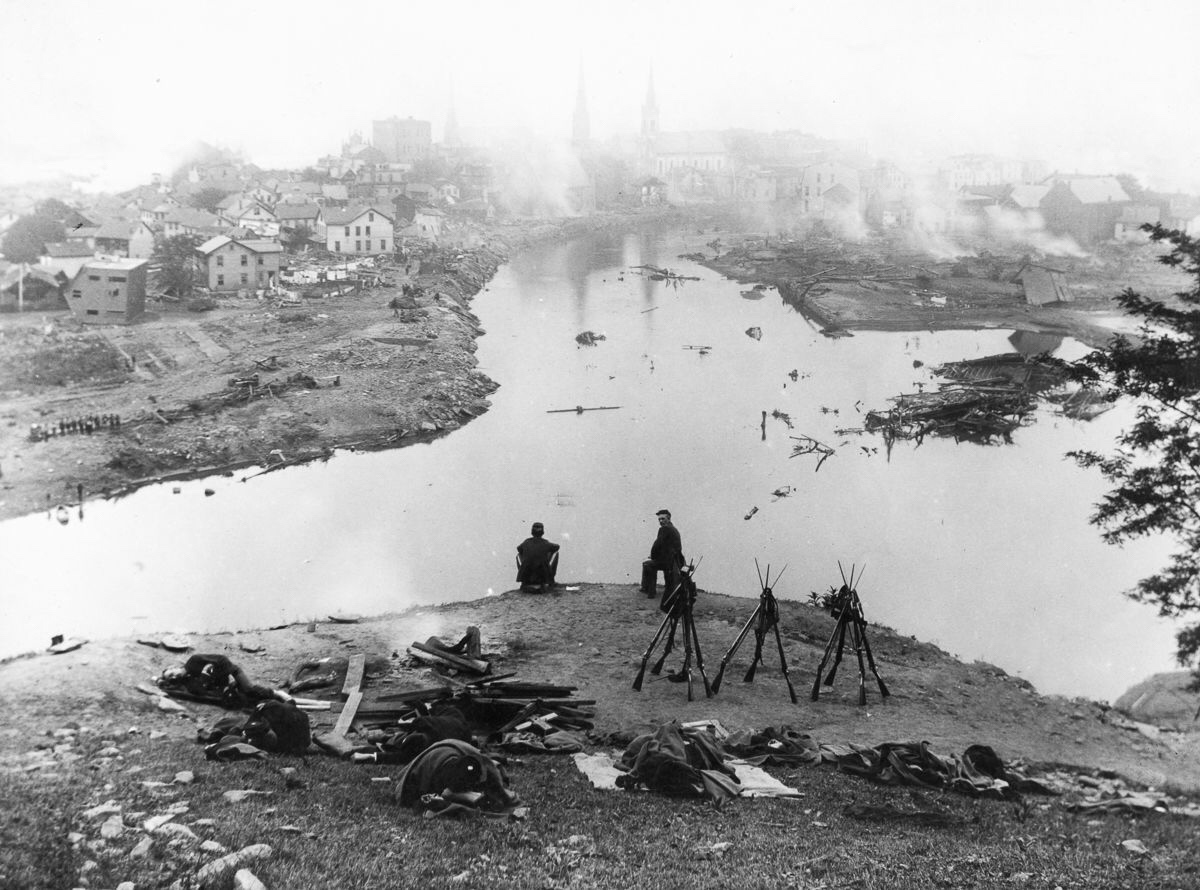